​Within the IT industry, there are a number of niche skills that clients are often looking for from new hires. On occasion, these skills are considered so hard to come by that clients are convinced it’s impossible to find suitable candidates. Alex Tattum, Senior Principal Recruitment Consultant at Computer Futures, has recently experienced such a situation and was able to exceed expectations. Here’s his story…

The Brief: During one of Alex’s regular catch up meetings with a key client, they mentioned they were looking to hire someone who had a specific skill within Smart Connected Homes for a contract position.

The skill that the client was looking for was incredibly niche. So much so, they openly admitted they didn’t have much faith in anybody finding a candidate that matched their skill requirements. When talking to Alex, the client said, “You won't find anyone with it, but if you do, let me know.”

The Approach: As the skill was hard to come by, the challenge came in trying to produce a shortlist of suitable candidates. Alex had a fixed deadline by which he had to find candidates that had the skill the client was looking for and would also be a great fit within the company.

Thanks to his vast network of contacts and Computer Futures’ expansive database of IT specialists, Alex was able to find seven candidates in the country that had the specific skillset his client was looking for. Even better, one of them was available for the dates of the contract.

The candidate that Alex found had been on his radar for general software engineering roles, as they’d heard Computer Futures were a good agency and had uploaded their CV to our website. Knowing that he had to act quickly, Alex sent the candidate’s CV to the client and, upon hearing they were interested, arranged the interviews.

One of the challenges Alex faced was surrounding money. There was a difference between the rates of pay offered and the candidate’s requested rate. Because of this, Alex had to do some negotiating on both sides, selling the benefits to the candidate and the realistic longevity of the project.

The Result: The interviews went really well and the candidate is now on-site, doing an excellent job. In a meeting with them after placement, Alex was very pleased to hear that things are going from strength-to-strength. So much so, the candidate has become such an integral part of the company’s projects, they want to extend his service.

Whether you’re looking for an IT specialist with a particular skill set or want to hire an entire team, our expert consultants can help. You can find the details of your nearest Computer Futures office on our Contact page. 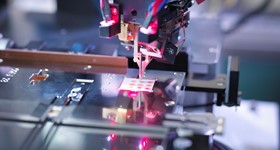 Contract recruitment is a great option for temporary and flexible staffing needs, which given today’s circumstances may be the perfect solution. 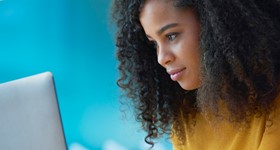 We spoke to one of our recruitment consultants, Ria Dool, to get her thoughts on how best to prepare yourself for a virtual interview that will help you land your next tech role! 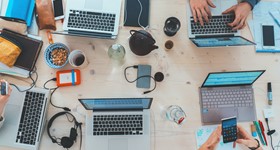 How can tech pros expand their digital network?

No one can be sure when the world of events will return to some semblance of normality. But that doesn’t mean you should pause all professional networking activity – in fact, there’s probably never been a better time to build connections and get closer to your network.